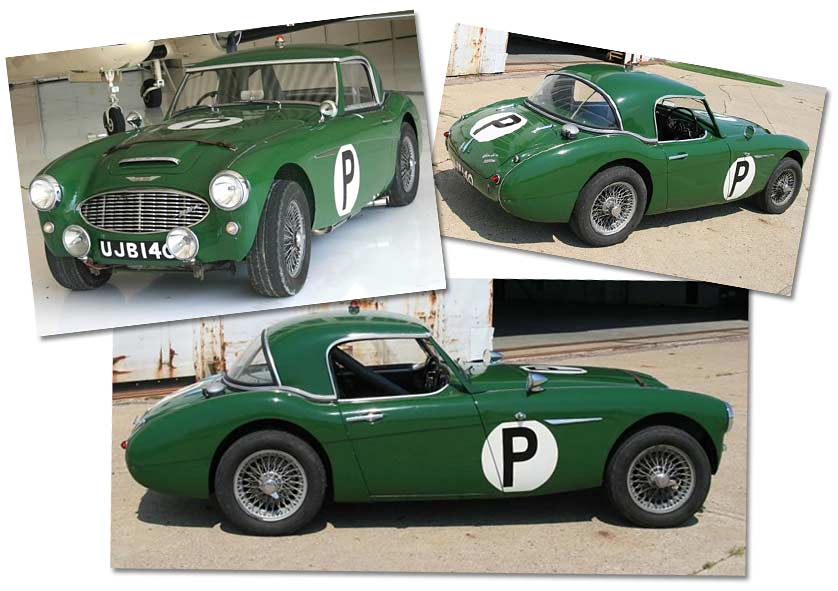 Changes made to the Original Ninco car

Wheels - The chrome was stripped and repainted, giving them a more realistic silver finish.

Interior -  All standard except for added instrument panel made from plastic card to the right hand side of the dashboard and a more realistic driver head to replace the original Ninco version. Also the driver’s scarf was cut away.

Grille - Changed from the later vertical bars to horizontal bars. Bars cut out to leave only the original surround. New insert from strips of plastic card which was cut to shape and glued in place. The whole thing was then covered in Bare Metal Foil.

Bonnet - A bonnet strap was made from plastic card strips and some very small wire for the buckles.

Hard top -  Reshaped to be more like the original. Longer at the rear pillar and a much rounder rear window. The original roof was chopped about and extended with plastic card filler pieces. Balsa former was used to make a new vac formed rear window. The trim around the windows is plastic strips painted silver. Because of the longer roof the front edge of the boot lid, this was moved back back a few mm. The old lines and scribed were filled with new ones with the point of a scalpel blade and new hinges were made from plastic card.

Filler cap - Changed to look more like the race version.

Thin wire was glued to the tops of the wings to represent the metal trim that is missing from the Ninco version. Later painted silver. The body was painted with Austin Healey Leaf Green which is apparently the correct shade for the car. The decals are all home made.

Here are some photos of the two finished cars and the original blue Ninco model. Hope you enjoy them. 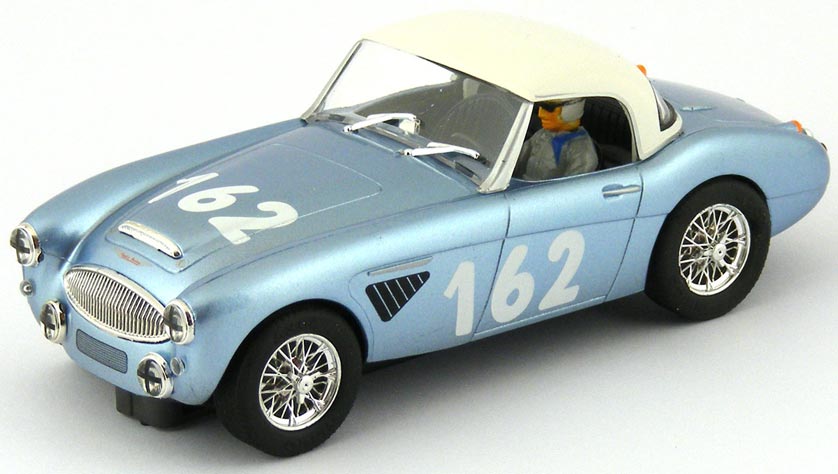 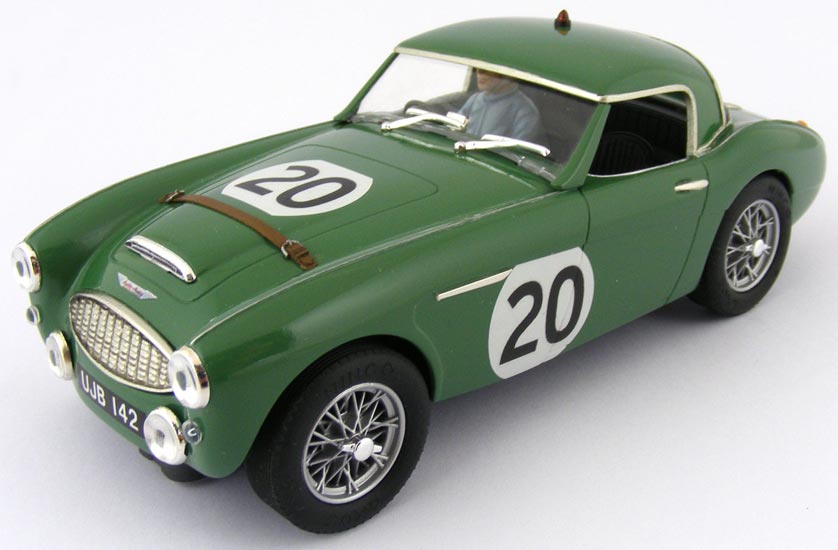 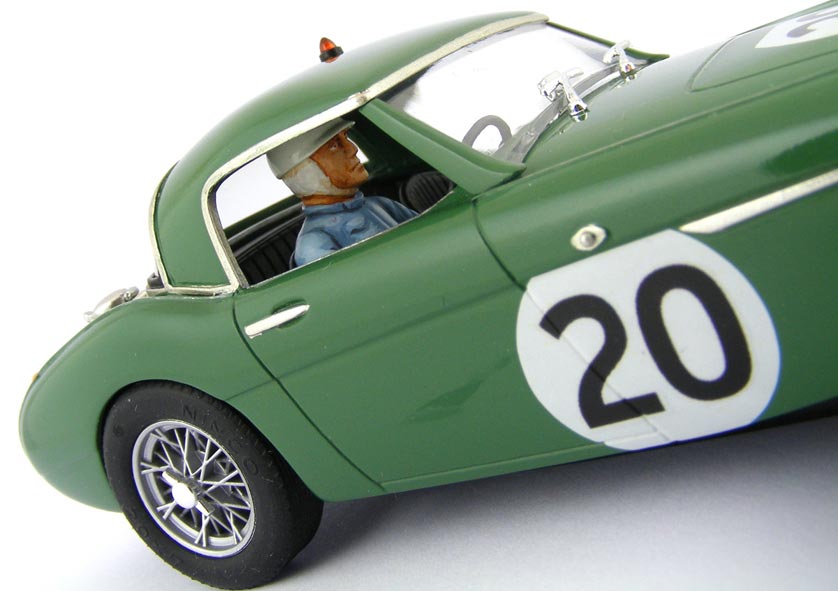 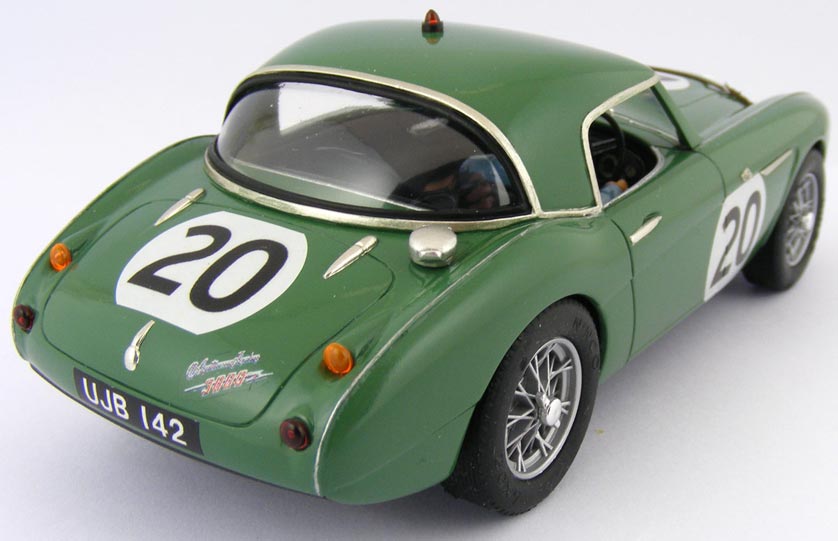