An example of a Ford Mustang Notchback kit build using the first version of the Pioneer 1/32 slot car kit. The body was finished with custom made decals to reproduce the George Alderman's No.24 car from 1965.

The actual colour of the car was changed by George Alderman from from the original Caspian Blue to British Racing Green with a white roof. The first race was at the the Sebring 4h International Touring Race on March 31, 1967 & finished in 9th with George Alderman racing the entire 4 hours. The car also raced at the Marlboro Speedway Double 300 Trans Am on August 17, 1967 and finished in 6th. Later the car was then sold & took part in various street racing until it was parked & left for 40 years until in 2009 it was discovered again and restored by cmresto.

Here is footage from Marlboro Speedway in 1967.

This slot car was built to enter a race meeting and the ruled allowed some modifications to the car.

The Pioneer kit comes supplied with an already assembled chassis in sidewinder configuration. The race rules only allowed inline setup so the chassis was replaced with the Slot.it HRS2 chassis.

With the chassis now mounted to the body i then needed to sort the interior layout. The pioneer interior is designed for sidewinder Mabuchi motors so it would not fit with the Slot.it boxer motor. I cut a thin plastic sheet & sprayed matt black. The driver had to be cut in half & hot glued them to the sheet along with other parts.

Now to the painting stage, i used Hycote spray cans for this, I couldn't find the british racing green in non metallic so i used Brooklands racing green instead which was a still good match. 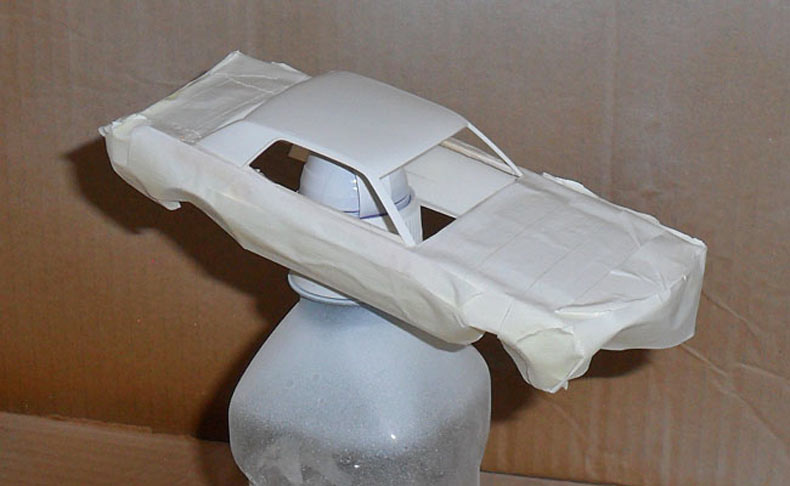 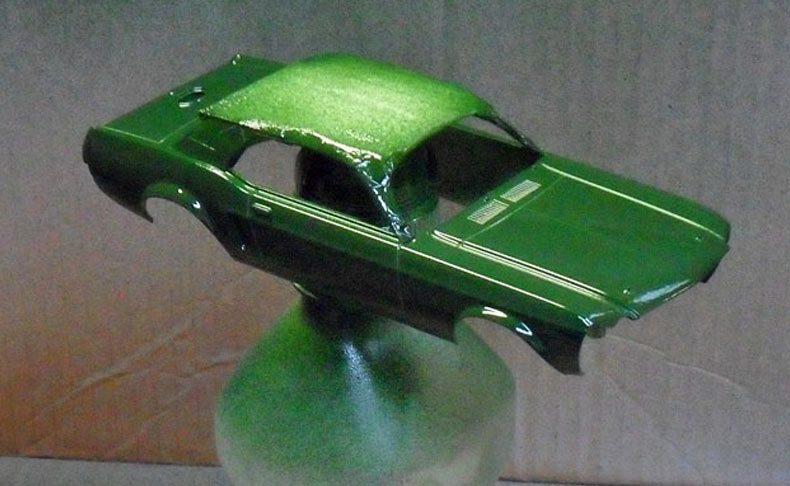 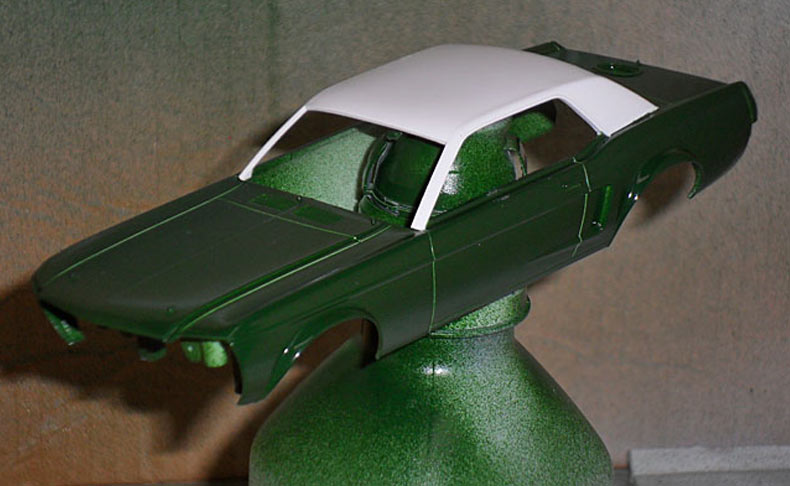 It was difficult finding decent photos of the car for doing the livery, Here's the decal sheet i made.

The body painted with details in chrome. 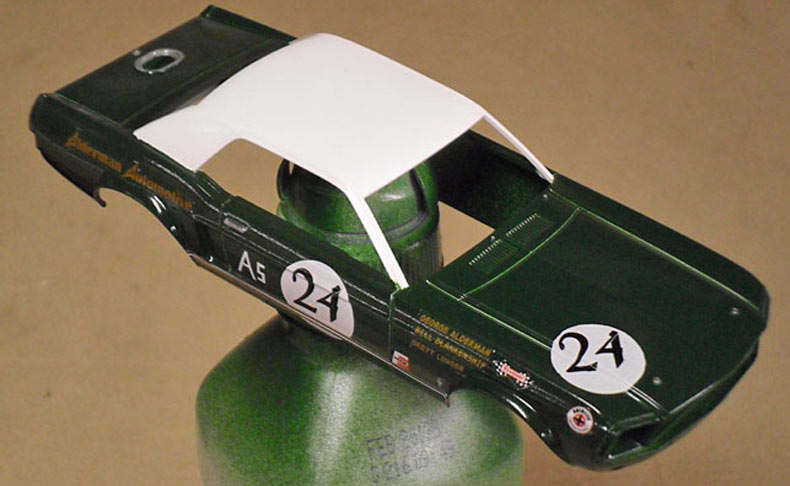