POLICAR, the brand that was synonym of slot car racing in Italy in the 60's, returns with innovative solutions for a completely new track system. The system is planned initially for four lanes, soon to be expanded to six. The track is in hard plastic, with textured surface to guarantee excellent grip even without traction magnets. Lane spacing is 90mm. Borders are wider than competing tracks, measuring 60mm in width, with a triple guardrail as well as a simpler ribbon type one. An adapter for a Spanish track system which is commonly used by racers is also being made.

We started twenty years ago.

As Seneca put it: “Fate leads those who follow it, overwhelms those who rebel against it”.

In mid-1998 I received some small motors from a Chinese manufacturer, and I showed up at a club competition. "Can I run with my motor?" I asked. "Run with whatever you want", I was told by the club members, whereas I could see them thinking "you'll come last anyway ...". I finished second, therefore I was immediately told that “you can't race with that motor, anymore, it's not 'homologated' ". The guy in charge of 'homologations', that is the 'technical manager' of the 'approvals', had no idea who or what Sir Ohm, Volta and Ampère were, but had its own rigorous and scientific way: if he felt like, he would admit the motor to 'official' races, otherwise he wouldn't. In any case, the part should have been made officially available through normal distribution channels in order to be considered. This is how our story started. Later, in October 1998 we issued our first sales invoice for motors and pinions, purchased by an American customer and friend, lan Smith. We did not have the slightest idea of the curious twist that our fate was taking: "ducunt volentem fata, nolentem trahunt"(Seneca). It is therefore with deep emotion that, twenty years later, after many days (and a few nights) spent working, we can introduce the new POLICAR track on the market. In Italy, in the '60 and early '70s POLI CAR was 'the' track and slot car system to have, in Italy. It's a name that still evokes our childhood dreams of being a race driver, and makes so many people's eyes glint when they learn that you can indeed still 'play with the cars'.

Why buy POLICAR
There are many good reasons to choose this track and not another one. In this project we concentrated all the experience accumulated in twenty years of competitions and major events, without losing sight of customers who want to buy a quality product, to be mounted on the carpet on December 25th, like we did with our fathers or grandfathers: the 'Christmas track box'.

1. SLOT.IT inside
Behind the POLICAR brand there is the work of the whole Slot.it team, a family owned company (Galileo Engineering) committed, since twenty years ago, to bring you the best quality spare parts and the most exciting slot car models. The company now also owns the POLICAR brand.

2. Special patented track system geometry!
We sat at the drawing board with the intent to make it easier to create your own circuits and we think we succeeded. In the new POLICAR track, any constant radius 90° turn can always be replaced with any other constant radius 90° turn: regardless of whether you're using R1, R2, R3, or R4 pieces! To put it simply: all of the above curve assembly pieces are interchangeable. So, if for example you grow tired of your layout, you can easily replace a 90° R1 turn with a 90° R3 without trouble. Guaranteed by geometry.

3. Hard high grip plastic
Plastic is hard and firm, with a special surface texture to guarantee excellent grip, even without traction magnets.

4. Extra wide borders
6cm (2.36”) wide borders, with the same texture of the track. They clip in place like they should, and even work in bridges! 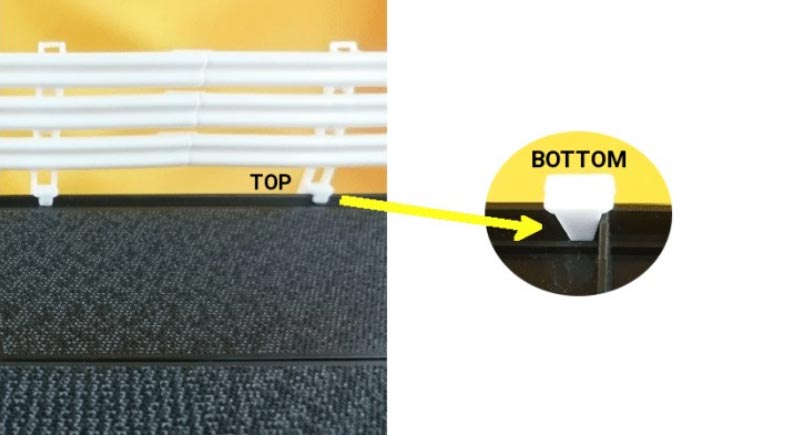 6. Compatible with major brands
Compatible (with adapters) with Ninco 1/32 tracks, and with POLISTIL/POLICAR 1/32 tracks made between 1970 and 2000. Possible future track adaptors for Scalextric.

8. Adjustable power supply, the best upgrade your money can buy...
... is INCLUDED in every POLICAR set. The indispensable accessory for children, novices and experts: adjustable on seven positions with plenty (24W) of power. 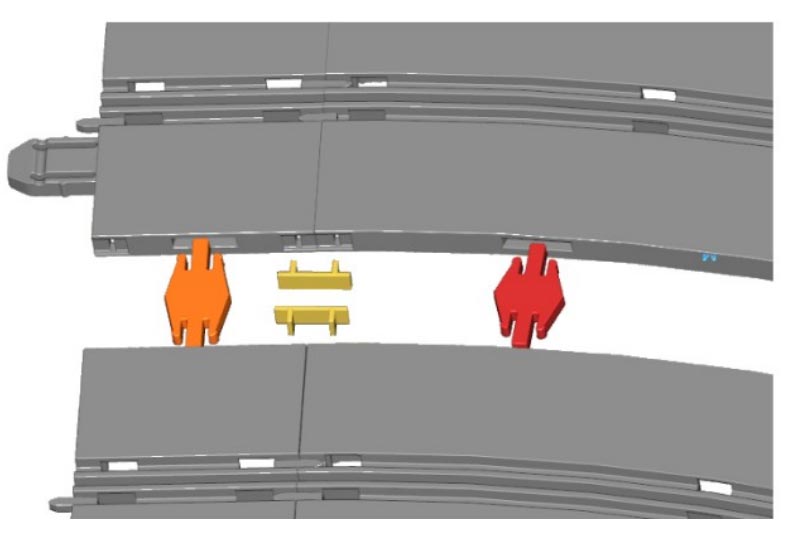 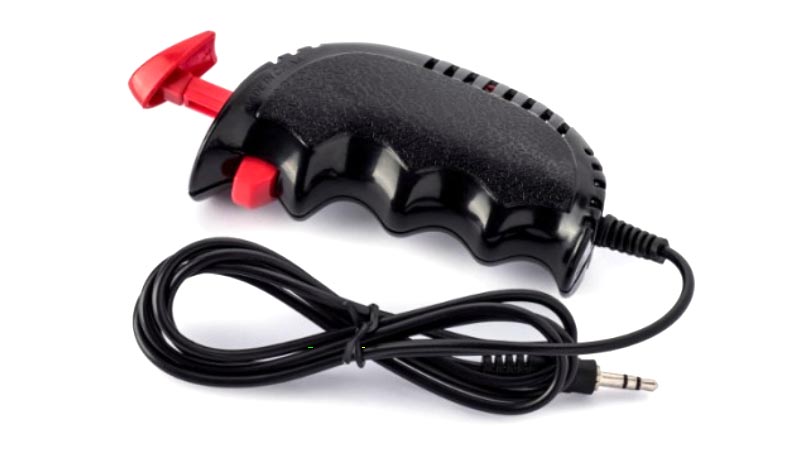 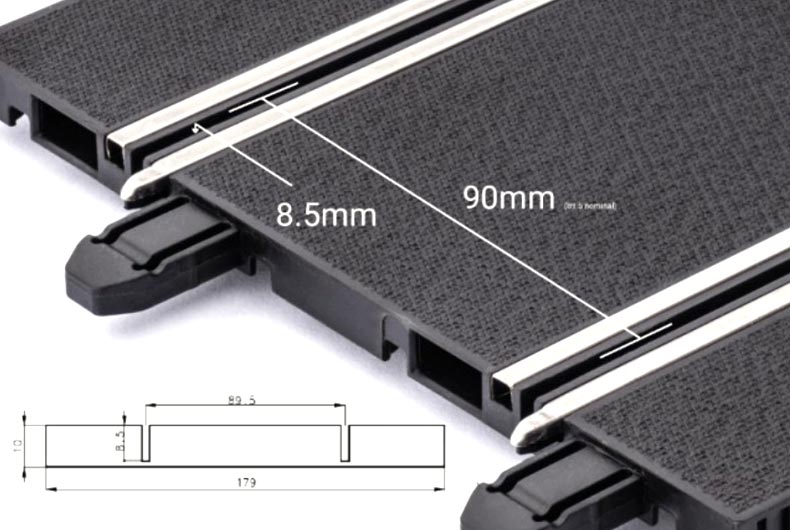 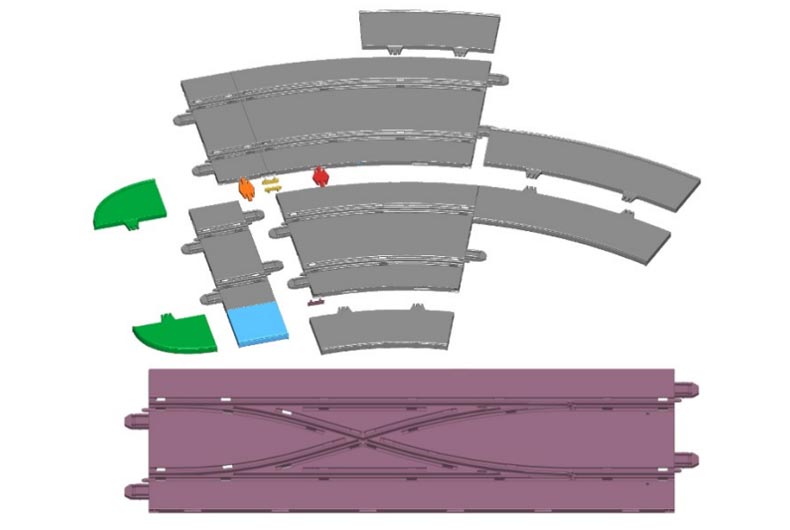