Amedée Gordini was born near Bologna (Italy) in 1899. Passionate since I was young, I worked for racing cars since I was 11 years old in the workshop of the Alfieri Maserati brothers. He already had experience in racing cars when, still very young, he moved to France racing for Fiat. In the mid-30s he founded the Gordini company, dedicated to preparing and producing racing cars in France. Gordini was associated with SIMCA for 20 years improving his engines with which he won numerous victories against more powerful rivals.

He was known as "le sourcier" (the magician) perhaps because despite his shortcomings of all kinds, he achieved amazing achievements in engine mechanics, earning the admiration and respect of the greatest motoring world.

From 1950 the Gordini were present in the starting grilles of the F1 and F2 GPs with the small SIMCA engine T-16, but with the change of regulation of the F1 in 1955 decided to build a new and modern single-seater: The Gordini T-32. Of unusual aspect for the time, the T-32 lodged in the front of its ample body a motor of own manufacture of 2,5 liters, 8 cylinders - 256 cv. with box of 5 speeds and independent suspensions, capable of reaching 270 km / h. But without the support of SIMCA or budget for leading figures, their French pilots Elie Bayol, Da Silva Ramos, Jean Lucas, Robert Manzon, André Milhoux and André Pilette gave their best flying the blue cars.

The results were not good enough to move the GORDINI company forward, despite some victories in non-scoring races and placed between 6th and 9th in the G.P. of the F1 world championship. In 1957, and after the last official appearance of a Gordini T24S in the 24 h. of Le Mans, the serious financial crisis forced him to abandon the races and close his company. But his name would remain linked to the world of competition, since Renault soon required the services of Amedee Gordini to prepare and improve its racing cars, giving Renault for many years and unforgettable French motoring moments of glory. 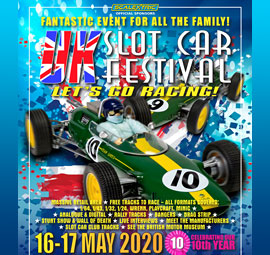