Static display model for decoration around the track or to convert into a 1/24 scale slot car.

Tamiya's scale models possess such intricate detail that they are often described as "museum items". These models are nearly perfect replicas of full-size objects, shrunken down to a smaller scale. Through the process of assembling, painting and finishing these accurate models by hand, one is provided with a unique "three-dimensional" insight into the shape and vast detail of the full-sized object at a mere glance....

About the Mitsubishi Lancer Evolution V

The name "Mitsubishi Lancer Evolution" made its first appearance at the 1973 World Rally Championships. After that, the Lancer participated on and off in rally activity until its return to the WRC in 1993.

Furthermore, by changing the shape of the front bumper and hood ducts, as well as by adding moveable wings and spoilers, the Evolution V was given even more punch. An electrically controlled active differential was adopted in the rear, as well as in the center and front of the car, ensuring high traction. The Mitsubishi Lancer Evolution V, driven by Tommi Makinen, showed the power of a champion throughout the year.

The PSR online shop is open ✓

Our online shop is open and operational as normal.

We continue to process and dispatch online orders for UK and International delivery.

Orders are dispatched 5 days a week (Monday to Friday).

We deliver throughout the UK, Europe and Worldwide.

We ship direct from our office in Nelson, Lancashire UK.

The shipping price is dynamically calculated according to weight and destination.

You can see the shipping price at the checkout pages before making the payment. 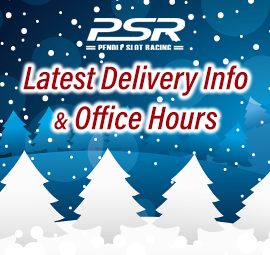 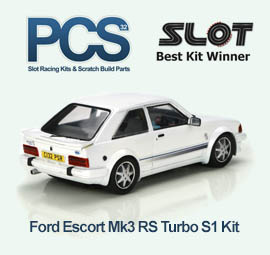