I have always been into cycling since I could ride a bike, and in the summers of high school me and my best friend Andrew Green would regularly tackle the moor bottoms over to Wycoller and back and go riding up in the Lake District and Dales with My Dad on a weekend.

In 2006 I decided to buy a new Giant XTCse Mountain Bike and continued to go out for rides on a weekend with friends. I would regularly be found riding round Gisburn forest on a Sunday morning with my friend Rob Mason. Rob and in 2010 decided that we needed a challenge. In 2011 along with my brother Neil and Rob’s friend Steve we decided to do a ride on behalf of the East Lanc’s Hospice who had taken care of Robs Dads before sadly passing away in 2010.

So on the 31st of July we set out at 4am from Liverpool and we cycled the 130 miles of the Leeds & Liverpool Canal in 15.5hrs and raised nearly £2500 in the process. After that I think we were all biked out. So a few years went by and in 2014 I met up with a guy named Gary Smith who I knew from a few years back. It turned out he was a keen road cyclist and time trail competitor. September 2014 after 3 years off the bike he gave me the help and encouragement I needed to get back out there! I started off slow on my trust old Mountain Bike and in June 2015 I took the plunge and bough my first road Bike.

Since then I have covered just 2500 miles which is not a lot to some of the more seasoned cyclists but its better sitting on the sofa thinking what if! Now I have known My Friend Jack Thoburn for around 10 years now and we have become really good friends. He was also into Road cycling which also gave me the push to buy a Road Bike. We get out on the bikes together when we can but we live 260 miles apart so have to make the most of it when we can. Last year we were toying with the idea of doing a ride for charity and here we are in 2017. On the 21st of May, I along with Friends Jack and Johnny, will be taking part in a cycle event on behalf of ‘Macmillan Cancer support’. 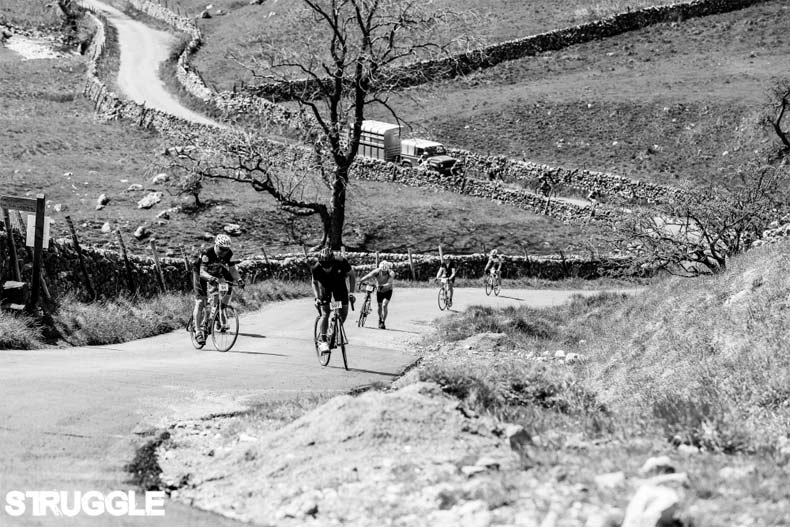 The ride winds its way through North Yorkshire Starting and finishing in Harrogate. The route is a tough one and takes in some of the toughest climbs in North Yorkshire with a total accent of 9430ft. To put it in perspective that is around 5 times the height of Pendle Hill, standing at 1827ft. Ok to some of the more hardcore cyclists this may seem like a breeze, but as most will know I am no athlete and really more of a casual rider so this will be a test. 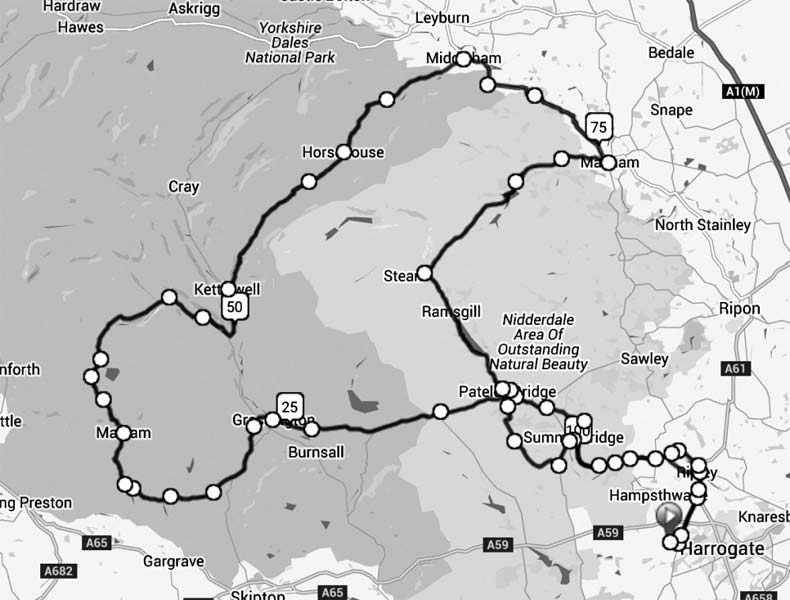 I would like to thank you for taking the time to read my story and please if you can spare a few pounds for this worthy cause we would be grateful!

Thank you for your support. 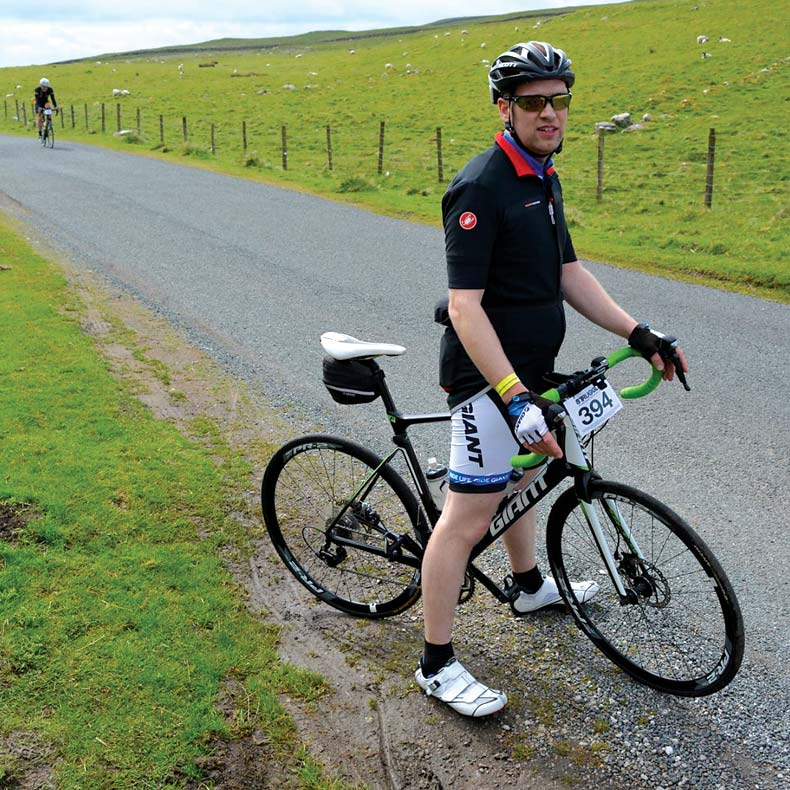 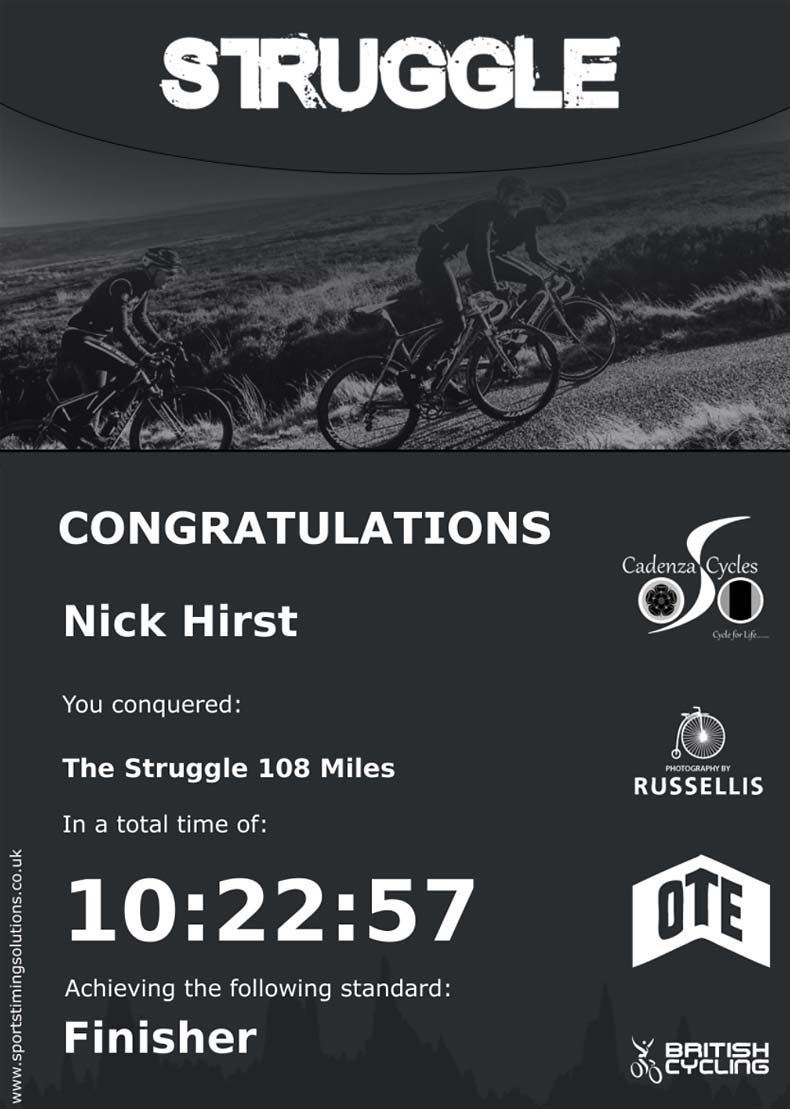