To celebrate the 60th year since that amazing E-type prototype was first built, a group of Jaguar enthusiasts felt strongly that the route of Jennings' famous journey to and from Brecon to Carmarthen and back should be retraced by a select group of Jaguar sports cars. So they set out to invite owners of key models from various decades, including XK 120, XK 150, C-type and (of course) E-type Jaguars, to assemble at Brecon on Saturday, July 15th to take part. 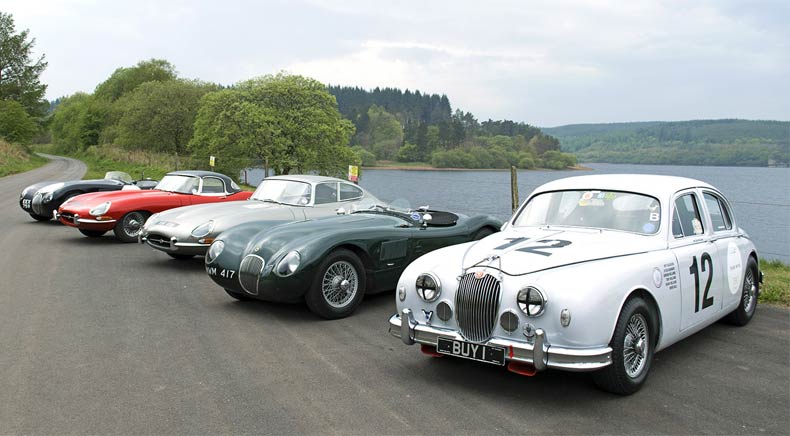 Besides the cars, some very special VIP guests will be present. These include Jonathan Heynes, son of Bill Heynes, Jaguar's chief engineer, and none other than: Norman Dewis OBE. Norman carried out all the test work on E1A, and at 96 still travels the world giving talks on his experiences with Jaguar. He remembers E1A well!

Taking part will be another of Norman's 'development' E-types, no less than the earliest surviving E-type open two-seater. Registered 77 RW, this pre-production car was actually the one tested by The Motor in 1961, and is the E-type most closely related to E1A still existing. It is taking part in the event thanks to its North Wales-based owner Michael Kilgannon, and to the Jaguar Heritage Trust which normally displays 77 RW at its Gaydon, Warwickshire museum. 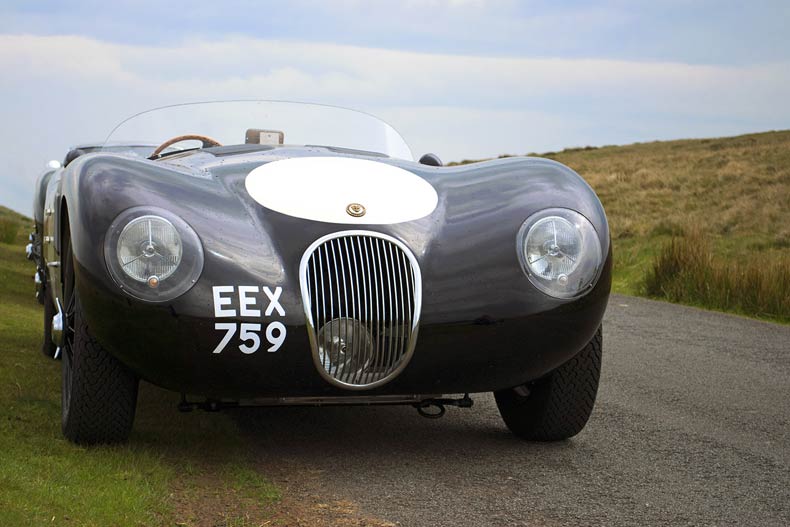 Also present will be James Smith of RS Panels, Nuneaton, who owns substantial remains of E1A which were, amazingly, discovered in a scrapyard some years ago. James is now recreating the prototype using these original parts. His father Bob Smith founded the company over 50 years ago and it is now one of the world's premier restorers of classic sports-racing cars with values running into the millions.

Supporting and taking part in the event is Greg Nock of Stewart Miller & Peter James Insurance, who will be providing a prize for the entrant whose vehicle 'best embraces the spirit of the event'.

Another company associated with the event is Suffolk Sports Cars, which builds fine reproductions of the very first Jaguar sports car, the SS 100, and also replicas of the Le Mans winning C-type. Suffolk Sports Cars are providing event photographer Richard Snow with a car. 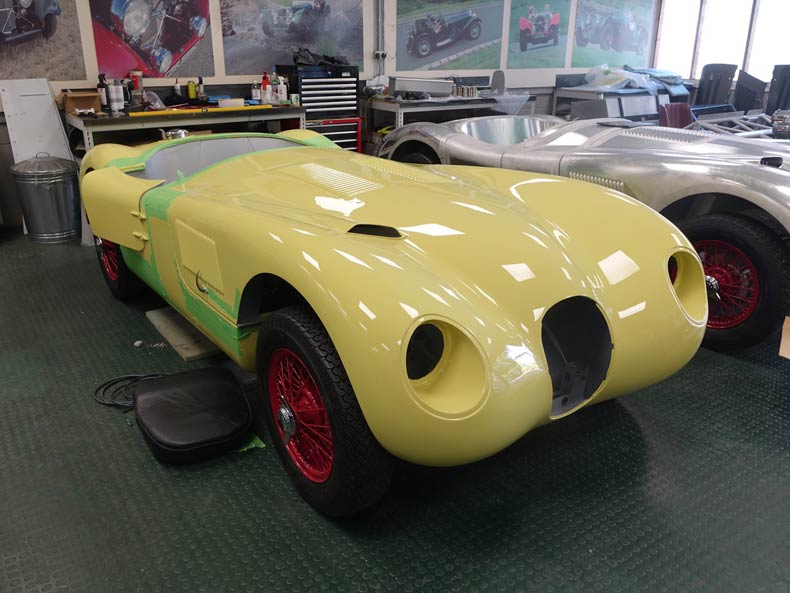 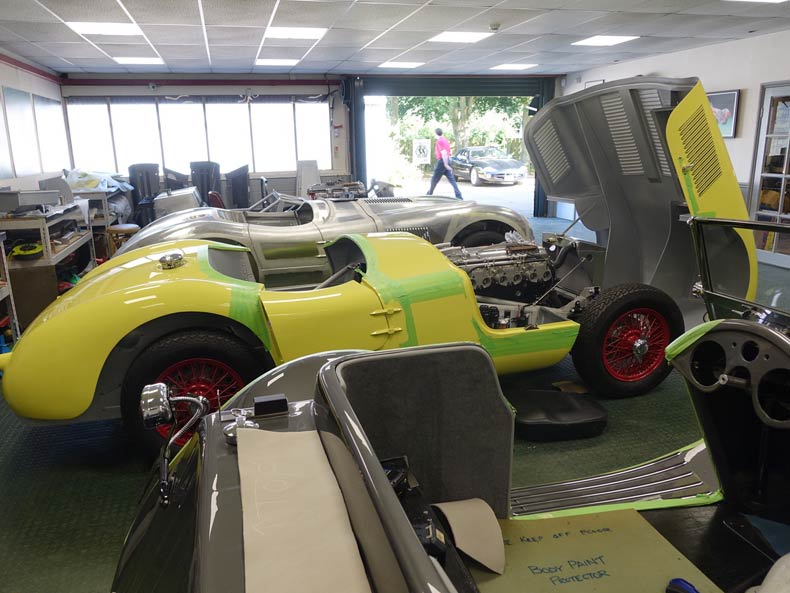 Amongst the enthusiast-owners there is even a small contingent from Ireland! Then driving his semi-competition XK 150S is Jaguar specialist writer Paul Skilleter, himself a former staff member of Motor magazine. In 1974, while researching for a book on Jaguar sports cars, Paul visited the Jennings at their home and discovered the historic 1958 memo on E1A. Other members of the press and various VIPs are expected to join the run as well.

Starting from Brecon, finishing at Carmarthen

The commemorative run will be starting from the Castle Hotel, Brecon on the morning of Saturday, 15th July, and will travel to Christopher and Margaret Jennings' magnificent old home near Llandyfaelog. There the convoy will be greeted by Edwin Atkinson, a relative of the late Christopher Jennings who now lives at the house - which has changed little from that momentous occasion in May 1958 when E1A pulled in after that incredible run. 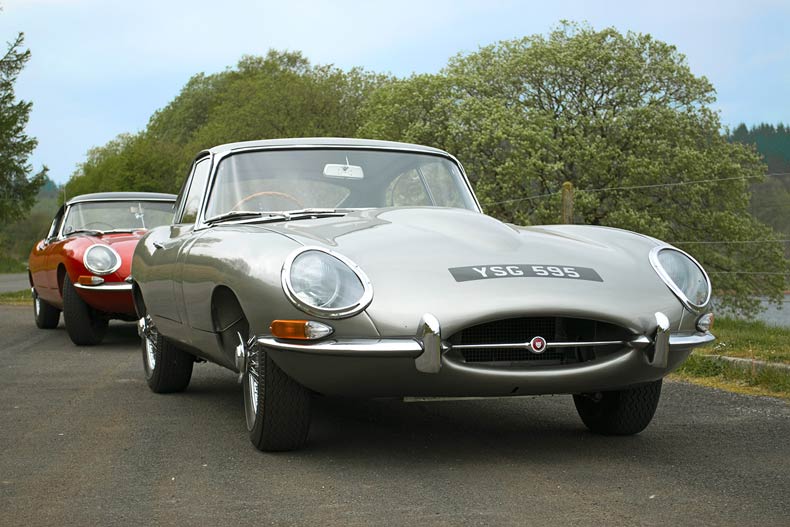 On Saturday, 15th July the cars will be flagged off from the Castle Hotel by the Mayor of Brecon at 10.30am. The hotel was formerly an 11th Century Norman castle, then an early coaching inn and later the residence of the Morgans of Tredegar Park. In 1809 part of the castle ruins and outbuildings were renovated by Sir Charles Morgan to become one of the first 'modern' hotels in Wales, and is the hotel where Christopher Jennings ended the original run. The road will be closed by the police to allow all the cars in the convoy to drive out in one continuous line on to the A40 from the hotel.

Numerous media and VIP guests will be at the start, including both Brecon's MP and AM. A large crowd is anticipated, especially on the river bridge, where local school children will be waving the cars off.

At Camarthen, the town so much associated with Christopher Jennings, the cars will be greeted by the mayor, with a civic reception laid on. The Jaguars will then be on display in the St Catherines Walk centre for viewing by the public. Such an exclusive line-up of sporting Jaguars to be on view at both Brecon and Camarthen on has probably never been seen in any Welsh town centre before.

Pendle Slot Racing are a sponsor of the event and have produced this special edition car for the organisors of the event, any unsold models will be available via the website after the event. 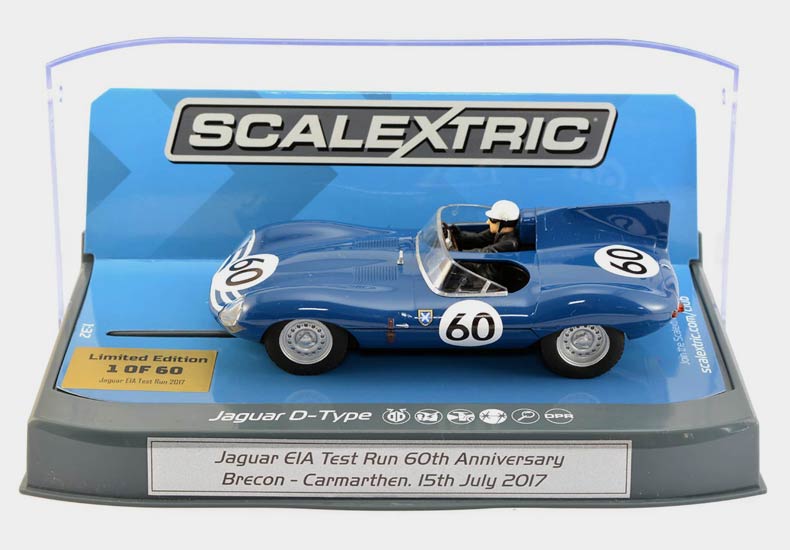 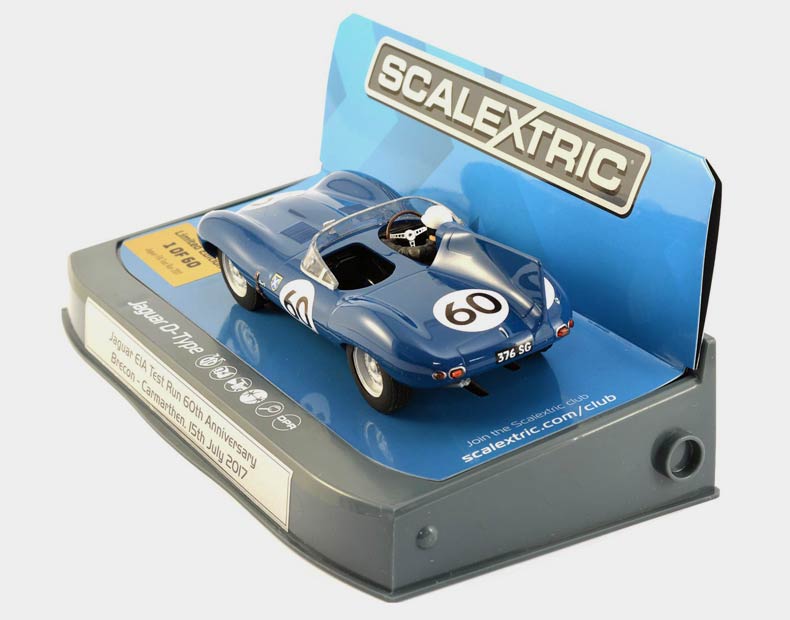 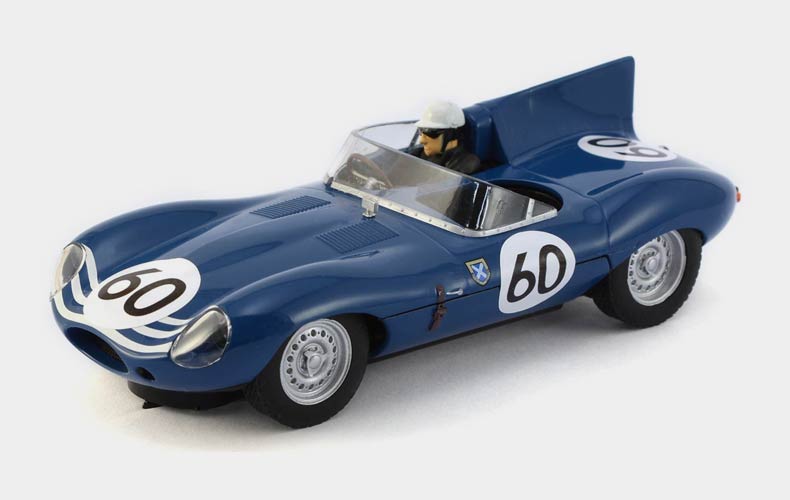